Otolaryngology – what does it do?

The term otolaryngology may sound somewhat enigmatic to some. It is therefore worth learning more about. Otolaryngology is a branch of medicine that deals with the diagnosis and treatment of diseases of organs located in the head and neck, that is m.in. throat, nose, ear, larynx. This area also includes surgery, e.g. maxillofacial, as well as endoscopy and microlaryngoscopy. Otolaryngology also deals with the treatment of diseases of the tongue, sinuses, salivary glands, esophagus and lower respiratory tract.

Laryngology and otolaryngology are the same field of medicine. The shorter name is a colloquial form, it was adopted widely probably because it is easier and shorter to pronounce it. This field of medicine is divided into several specialties. These are: Phoniatrics, Rhinology, audiology, craniofacial surgery, as well as laryngological oncology. Phoniatrics deals with sonority, one of the features of articulation of the vocal cords, and thus focuses on the problems associated with the functioning of the vocal cords. Audiology is the study of hearing, its disorders, as well as methods of treatment. 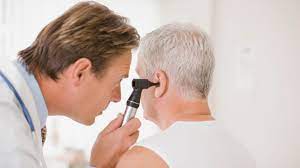 Rhinology is a specialty related to the diagnosis and treatment of diseases of the nose and sinuses. Laryngological oncology is a specialty that deals with the diagnosis and treatment of tumors of the esophagus and other organs located in the head and neck. In addition,it is worth using a laryngological consultation in a situation where we have symptoms such as: stuffy ears, sudden deafness, snoring, abscess, tinnitus, nosebleeds. You can also go to the laryngologist when we are bothered by: balance disorders, dizziness, prolonged hoarseness or swallowing disorders.

Specialist otolaryngologist also deals with the prevention of diseases of the ears, throat, nose, etc. Under the care of this doctor should be in particular people who, for example, because of their profession are exposed to problems related to the organs of speech. It’s about m.in. teachers or singers. Representatives of these professions come to the otolaryngological office during periodic or control examinations of employees.

During the laryngological examination, optical equipment is necessary. Thanks to it, the doctor can look closely at the microstructures located in the test area. The observation and assessment of these sites would not be possible without the use of optical equipment due to the limited capabilities of the human eye. The tools most commonly used in the laryngology cabinet include: otoscope, endoscope and microscope.

In addition, specialists from CM ProMed inform that functional tests are carried out during the examination of the sense of smell, while X-ray equipment is used during the examination of the sinuses, as well as in some cases computer tomography is performed. Sometimes, when the doctor has doubts about the diagnosis, he performs endoscopy or puncture of the sinuses. The condition of the larynx and trachea is assessed using a laryngoscope, endoscope or bronchoscope.

A few years later he was replaced as head by Prof. Dr. Jan, later head of the Otolaryngology clinic in Warsaw. Prof. Jan is also the author of the textbook of Otorhinolaryngology.

In the following years, 1962-1971, the second clinic of laryngology for the study of excellence in Warsaw was established, and Professor Jan, a pupil of Alfred, the head of the Clinic of Otolaryngology, performed the duties of the conductor. During this period Prof. Jan together with his associate Dr. developed the best labyrinthological research centre in Poland. A theory of the mechanism of obstetric nystagmus was developed, and secretory structures within the bubble ridges were detected. Prof. Jan conducted research on the reactions of the lacrimal membrane of the sinuses, introduced the first in Poland operation of the sinuses by the method of de Lima. In the clinic, 600 doctors were trained on courses nationwide.

In 1971, the head of the clinic was doc, and in 1973 the clinic became a unit of the Gdańsk branch of the medical academy, and then the clinic of Otolaryngology of the second Faculty of Medicine of the AMG. Dr. Z. – an excellent diagnostician and operator was the first in Poland to introduce rhinosurgical treatment of post – traumatic blindness of the optic nerve; together with Prof. neurosurgeon developed methods of rhinosurgical treatment of post-traumatic fluid flow. Doc. was the first in Poland to conduct studies of the middle ear mucosa in patients with tympanosclerosis, and was also an outstanding researcher in the field of experimental labyrinthology.

At that time, working with Professor J., Dr. J. – later professor of otolaryngology – moved to Warsaw and took over the management of the Laryngology clinic of the Military Institute of aviation medicine.

After the sudden death of Dr. Z., the head of the clinic became docent, later Professor Dr.  Stanisław came. During the period of his management of the clinic, operations of congenital malformations of the external ear, corrective operations of the external nose, septoplasty, laser surgery of the larynx were introduced, the section of rynology of the ptorl was created. Prof. Henryk with Dr. In cooperation with Dr. neurosurgeon, they continued their research on the pathophysiology of the Erysipelas and the hearing organ. They developed a pathomechanism and methods of diagnosis of cervical vertebra, diagnosis of disorders of blood supply to the vestibular STEM centers, calorific method of assessing the function of the brain stem, methods for detecting subclinical lesions of the vestibular organ.

They hijacked studies on caloric stimulus habituation, atrial equalization phenomenon, vagrant status in diabetic patients, the role of neurotransmitters in the mechanism of expressional habituation. They’ve signed up for seven international neurotoxic conferences.

In 2004, the chair and clinic of otolaryngology was headed by Prof. Henryk – the seventh professor in charge of the Bydgoszcz clinical laryngology centre. The team of the clinic in a wide range dealt with the treatment of diseases of the paranasal sinuses by endoscopic methods, tumors of the temporal bone, functional operations of laryngeal cancer, treatment of tumors of the middle throat, tongue, oral cavity with the reconstruction of tissues with the participation of finger surgeons from the plastic surgery clinic, operations of cancerous and non-cancerous lesions using a rotary knife.